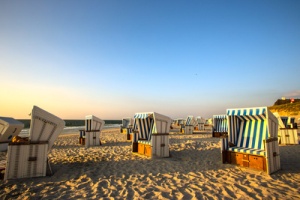 In Cora’s chest two beat two hearts. A lion heart which made her take to arguments, where it was basically clear from the start that she must loose. Cora was five years old and for her age incredibly small and slender. In pre-school class she was the smallest one. Thanks to her large sense of justice and her alpha animal mentality she was repeatedly involved in arguments. Then she defended friends, who were often one head taller than her against opponents who were even taller but had insulted or attacked her friends. She was a born fighter for justice and for the weaker ones.

The second heart in her chest was the heart of a scaredy cat. She was afraid of darkness, of being alone in the dark and most of all of the dead. No, she had never seen a dead person in her life but the fear of it was almost physical for her. Every evening before going to bed she looked under her bed to make sure that there was no dead body under it. Thanks god there was never one. Cora never had thought through what she would have done if one day she would have found a dead body under her bed. During the night she very often had nightmares, in which she was hunted, chased and left, and which every now and then were so bad that she woke up in the middle of the night. That was almost worse because apart from her plush toys she was alone in the room. There was nobody immediately next to her, who could alleviate her fear through physical presence. If the dreams became unbearable, she walked in the middle of the night to her parents’ sleeping room. This did not just happen every now and then but almost every night. Also this required great courage. She had to walk through the dark corridor, the kitchen, the dining room to the other side of the flat to her parents’ sleeping room. Her parents were not so excited about Cora’s night time visits and the mother forbid Cora to wake her up in the middle of the night.

Cora’s lion heart was ashamed of her fear and she never spoke about it. Not with her parents, not with her grandmother, the neighbourhood children and with no one at pre-school. Nobody knew that she was afraid of the dead and that she was troubled by nightmares during the night. As she knew that the mother would be angry if she turned up on the middle of the night, she took her duvet, lay down on the floor in front of the bedroom door, just to be a little bit closer. In the morning she always found herself in her bed because the father got up first and carried her back to her bed with her duvet.

But then it was time for holidays at the Baltic Sea. Long beaches, sun, wind and an endless amount of sand. Everything a child’s heart wishes for. Cora liked the beach chairs most. Apart from the colour they were all identical but even in colour hardly two looked the same. Cora was not allowed to go alone in the water but she could play in the sand as she wanted and that’s what she did. Her parents were sitting in one of these chairs and read. All three were very satisfied with their great holidays. The week was much too short and soon the last day had arrived. Short before lunch time the parents wanted to fetch Cora as every day to get something small to eat in a nearby bistro. But Cora was not to be seen. None of the parents was worried. Cora was very diligent and usually careful and had never defied on one of their rules. Probably she was playing somewhere, hidden behind one of these chairs. Each one of them went in one direction to look for Cora. But also after ten minutes, little Cora was not found. The mother started to call Cora. No answer. By then both had an uneasy feeling. The child was still very, very small. They asked and called but no one had recently seen Cora. There was no trace of Cora. Then the mother panicked. The father called the police for help. It did not take long and five police men appeared. They shortly discussed, split the beach in sections and started to search. The mother was crying and had difficulties to sensibly help. She blamed herself and could hardly act rationally. After half an hour everyone returned. Still no trace of Cora. The head of the police troop called the army for reinforcement. And suddenly out of the blue little Cora stood there with sleepy eyes. The mother hugged her wildly. Little Cora, tired from playing, had holed up in a beach chair next to the parents’ beach chair. She had covered herself with a towel and had fallen asleep. She had not noticed the entire fuss. As she was so small nobody had looked under the towel. The relief after this happy end was big. All’s well that ends well. Fear can have different forms. Most of it happens in the head, without rational reason. But that does not really help in times of panic.