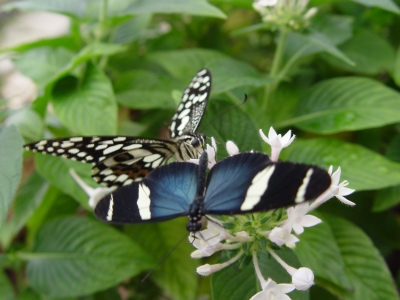 After she left school Jana studied law. Somehow she became a judge. A divorce in the morning, then an inheritance dispute, after lunch a quarrel between neighbours and to close the day another divorce.

She lived with her friend, Karl, in his large house, liked going to the cinema and the theatre, read a lot and like walking through the neighbouring wood as it got dark. They had no children. It was a good relationship, one got used to the faults and with time became tolerant towards the weaknesses of the other. 20 years passed in a flash.

For seven years they indulged themselves with vacations of the luxury class, like Christmas in Thailand. Always in the same hotel. In this way they met the couple Petr and Ida from the next village. During the vacations they regularly had dinner together and also kept up the friendship during the year.

Last Christmas the atmosphere between Petr and Ida had got worse. Petr had a small workshop with six employees, but recently the orders were not really lucrative and the customers’ payment record rotten. Petr was concerned about the economic situation and throughout the vacation talked about nothing else. Obviously this had not contributed to a good atmosphere.

After returning to their snow-covered homeland Petr’s situation had not improved, but only got worse. One evening Petr rang Karl’s bell and wanted to take leave. The concerns had grown too great and as a solution he had chosen flight into the “promised land”, Thailand. There, where he felt so good. But Ida was not included in his plans. Petr wanted a new start without any past and therefore he made all his preparations secretly and said no word to Ida. Petr asked Karl to phone Ida the day after his departure and to inform her. Karl felt very uncomfortable with this task. But as it was clear that Petr was not prepared to back down from his plans, Karl agreed to inform Ida.

It was the shock of her life when Karl told Ida that Petr had flown to Thailand in the morning and this without any intention of returning. She began to cry loudly and Karl cursed himself for having accepted such a task.

What followed was weeks of hectic activity. Petr left behind a disaster, a pile of debts and unending problems. Only all three together, using all their intelligence, did they succeed in escaping from the worst problems. Ida lived with them temporarily, because she had suffered several collapses and could not really function independently.

The whole situation got on Jana’s nerves. The daily weeping Ida, die numerous official letters, which she had to write or reply to for Ida, the restrictions which she had to put up with. At some point she had had enough. She decided to have a long Wellness weekend with her 2 best friends. She needed it. When Jana came home on Sunday evening, before the entrance lay seven large black plastic bags. Jana put the key in the lock, but the door did not open. She rang. Karl opened the door and said that it would be better if she did not come in. After all it was his house and he was now together with Ida. Ida needed his help now and Jana was a strong woman, who could look after herself. He had packed her things for her. A few sentences and 20 years together had come to an unexpected end.

Jana didn’t discuss the matter, she packed the bags into the car as if in a trance and drove away, never to return.