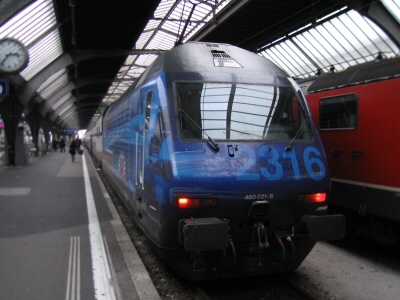 During my childhood for the price of one you got exactly one. Family packs didn’t yet exist, 3 for 2 also didn’t and buffet or “All included” were for me as a child unknown phenomena. The first time I heard of “All you can eat” was in the dancing class during puberty and the intention was not really that one should fill one’s belly but that one learned good manners. That went pretty wrong.

Imagine a horde of young adolescent men still growing. Dressed in black suits with bow-ties, confronted by buffet tables full of sandwiches and all for free. We stood there and the dancing instructor gave a lecture on how to behave properly in such a situation. No pushing, no stuffing everything in one’s mouth, letting the ladies go first, eating slowly, etc. What followed was like something out of the Hunger Games and the dancing instructor had no chance of stopping the young men. His cries into the microphone – “Don’t shove, don’t fight”, rang through the dance hall but had no effect. Within seconds the young men had stripped the tables bare. The majority of the young ladies hung back. My first experience with the concept «All included» was pretty negative, because I didn’t get a single thing to eat.

As a young adult, I went to Ireland. That was a very inspiring trip. In a village, the name of which I can no longer remember, dinner was in buffet form. A fish buffet. For us then it was quite expensive, but I wanted to try it without fail. It was stunning. There were so many fantastic things, which then in normal life I could scarcely afford. I tried a lot, but of course not all. That was simply impossible. My eyes were happy to continue, but my stomach refused to follow. I was full to the brim and there was no room left, not even for the tiniest piece. That was the first time that I understood how dangerous these offers are. You eat much too much. Although they are tempting, from then on I avoided all such offers.

Now, from January, I have the general rail-pass for the train in Switzerland. That means, at the start one pays a price, for which one could buy a second-hand car with many kilometres on the clock, and then almost the whole public transport is included. And behold, it works like the buffet. You don’t think but just go, anyway it’s included in the price. And because my youngest and I both have the general rail-pass, in the holidays we decided not to have a plan, but always to take the first train which is leaving the station. So we took only our scooters and a little money for refreshments. The first train took us to Lucerne, that was the terminus and everybody had to get off. We caught a glimpse of the Gütsch – a hotel on a hill high above Lucerne with a huge red heart. We took the light railway up to the hotel and visited the open-air exhibition – LA Collection’Air. You can and must disagree about art, but honestly it’s not worth the 12 francs admission.

Then we went, via the hill opposite, round the city wall to the station and the first train was going to Basle. Basle was again the terminus. We visited the Cartoon Museum, drank coffee and Rivella. From Basle the next train was going to St. Gallen. We got on the train but decided to get off at the Airport and watch the departing flights from the Observation Deck. It was an early evening, cold but bathed in wonderful sunshine. The next train took us to Zürich and because we were quite hungry, we got off to find dinner. Then we arrived home late, it was almost 11.00 pm, but during the holidays that doesn’t matter.

We have used our general rail-pass a lot and travelled right across Switzerland. It was nice. Was it excessive? Wouldn’t it have been enough just to have viewed Lucerne properly? I think we’ll do it again. Without a plan, unfortunately that happens ever more seldom. And making such a journey with the first train available, holds many surprises in store.