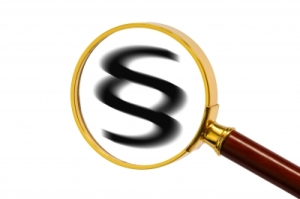 The Hamamatsu case, in essence concerns the question whether, in order to establish the customs value, it is allowed to use an agreed transaction value (with Customs), which consists of the amount (price) initially invoiced and declared at import, which after the accounting period (e.g. year-end) is adjusted upwards or downwards, depending upon the transfer pricing agreement in place.

The main considerations of the ECJ were that the legislation in force at the time, i.e. the Community Customs Code (CCC), does not provide for an obligation for companies to report adjustments upward (which would lead to an assessment of underpaid customs duties) nor can the customs authorities cover the risk that only downward adjustments would be reported (i.e. that only refund applications would be submitted).

In other words, the formal customs (valuation) framework as laid down in the CCC did not support the enforcement of such valuation structures from a formal perspective. Thus the Court came to the conclusion that there is no legal basis for valuation structures that are based on transfer pricing principles with potential year-end adjustments.

A remarkable point is that this formal judgement seems to go an opposite direction then the solution the WCO Customs Valuation Committee is trying to establish, by – under certain conditions – accepting transfer prices as the basis for the transaction value for customs valuation, see for example Case Study 14.1. Although it should be noted that the example of this case study regards a case where there is no retrospective price adjustment of the transfer prices used as the basis for transaction value.

General impact of the case

Where the Hamamatsu case of course looked upon the specific elements applicable in the context of the case judged upon, of importance in general is that the Court of Justice in fact has ruled that where a transfer price is being used as the basis for the customs value which is subject to retrospective price adjustments (up or down), it cannot be used as the basis for establishing the customs value under the transaction value method under the application of the CCC. The question is whether such may be different under the new Union Customs Code (UCC).

Before going into this question, first another observation with regards to using transfer prices (whether or not agreed upon under an APA), as the basis for transaction value.

The judgement of the ECJ must be considered in view of the circumstances of the case, in particular the fact that year-end adjustments were applied. The latter was in fact the main reason for disqualifying the transfer prices as the basis for the transaction value method.

Where a transfer pricing policy is applied under which the prices charged by the seller to the buyer are consciously monitored, year-end adjustments may not be needed. As per the example of the WCO case study, in such circumstances the transfer prices may be acceptable as a basis for the transaction value method. The objections brought forward by the ECJ in the Hamamatsu case should not apply to such situations.

Now back to the question whether or to which extend the judgement of the ECJ also applies to the particulars of the UCC. In view of the ECJ decision, we have in particular looked at changes with respect to handling of related party transactions and the possibility for the customs authorities to impose reporting requirements for year-end adjustments.

Although the UCC still adopts the basic GATT valuation principles, there have been changes with respect to the EU customs valuation rules, I can amongst other refer the abolition of the application of the first sale principal. Whilst under the CCC the wording of the valuation articles had largely been an exact copy of the GATT valuation agreement, under the UCC the wording has been slightly adjusted in some instances. This amongst others applies to the related party transactions.

Where the importer wishes to apply a transfer price that includes a year-end adjustment, as the basis for its transaction value, under the simplified declaration process, the reporting of a year-end adjustment via a supplementary declaration, can be imposed, e.g. via a binding decision relating to the factors relevant for the customs value. Through such obligatory reporting, the main reason for the ECJ to not allow the structure of retrospective price adjustments in the Hamamatsu case, can be dealt with, as an obligation will rest upon the declarant to report up- and downward adjustments

In other words, in this way the respective EU Customs authorities can avail over provisions that do allow them to enforce compliance, i.e. reporting requirements with respect to year-end adjustments. This  means that the basic objections that the ECJ had brought up under the CCC as we see it, may be overcome under the UCC.

The UCC in fact does provide sufficient instruments to the Customs authorities and the declarants to take into account both the ECJ judgement in the Hamamatsu-case and to establish a process under which a transfer price with year-end adjustments can be accepted as a basis for the transaction value method.

Also the EU Customs authorities will be reviewing the judgement and its impact under the UCC. This will likely be discussed during the meetings of the customs valuation experts in (a) Committee meeting(s) in Brussels. I envisage that, awaiting these discussions, the customs authorities may not directly actively start challenging the usage of the transfer prices where they have previously accepted this and agreed upon a procedure to follow in practice.

Through our contacts with the customs authorities, we know that there are countries that would be willing to continue to accept transfer prices as the basis for the transaction value method under the UCC, even where retrospective price adjustments are applied. However, there likely are  also customs authorities that will use the ECJ judgement as the basis for arguing that a transfer price can no longer be used as the basis for the transaction value method. Thus the outcome of the discussions at the EU Customs Valuation Committee is hard to predict.

In order to support you we will run a webinar discussing the developments.

The webinar will take place on Thursday, 15 March at 10.00 am. Further details will follow.