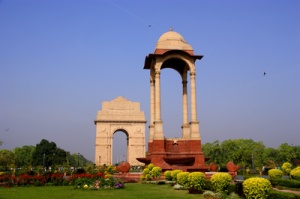 The Government reduces tax rate on 66 items, increases the composition limit from INR 5 million to INR 7.5 million, and finalises accounts and records rules.

In brief
At its sixteenth meeting, the GST Council decided to reduce the tax rates on 66 items out of the 133 items for which it had received representations. It also increased the upper limit of turnover for payment of tax under the composition option from INR 5 million to INR 7.5 million and approved the accounts and records rules. The next meeting of the GST Council will be h12%eld on 18 June, 2017.

The Government had received representations from various industry associations with respect to rates after 03 June. After considering the principle of equivalence, changing consumption pattern and possible inverted tax structure, the Government has reduced tax rates on 66 items. The key ones among them, as mentioned by the Finance Minister in the press conference, are listed below: 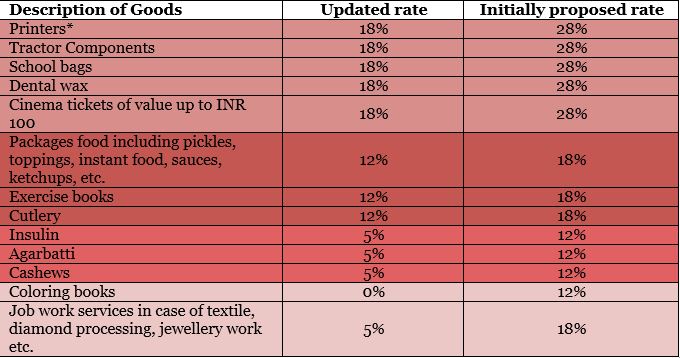 * Printers were falling under two conflicting entries, and the entry under which they would be taxed was unclear. The Government has clarified that it would be taxed @ 18%.

In addition to the above, the GST Council has also decided to increase the upper limit for the payment of tax under composition of tax option for traders, manufacturers and restaurants to INR 7.5 million from the previous INR 5 million.
The service providers continue to remain ineligible to opt for the composition scheme.

The next meeting of the GST Council is scheduled to be held on 18 June, 2017, inter-alia, to consider e-way bill provisions and to decide the rate of tax on lottery.