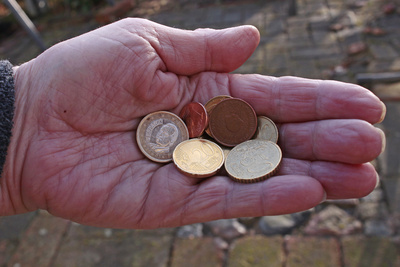 I was at the airport waiting for my flight. I was reading my documents.
Two men in suits, 50+, carrying briefcases came and sat beside me.

“If it goes on like this, the Pension Fund conversion factor will soon be 0.0”, said the smaller of the two.

“Yes, that’s quite possible” replied the other. “Then it won’t be worth drawing a pension. One would have to withdraw the capital.”

“You’re quite right, if the capital is withdrawn, it’s taxed at a lower rate.To make the most of that, perhaps shortly before doing so one should move somewhere abroad, where it is not taxed at all.”

“That sounds good,” said the elder “but I assume you won’t want to spend the rest of your life somewhere in the desert.”

“Of course not, only until I can come home again with the pension fund cash tax free” replied the small man.

“Yes, but it won’t be tax free, then you’ll have to pay tax on the income and the capital,” countered the taller man.

“Clearly, but where there’s no, or not much, income, there’s also no tax. And what if the cross-subsidisation of the pensioners by those still working comes to an end. And I bet that that will be so, by the time we can retire. Then it is really not worth leaving the cash in the Pension Fund. After all, I am not quite daft and I will also earn a little bit of income. Unless Berset can force through a change in the law and you can no longer withdraw the cash. Because if you then squander it, taxed or untaxed, you’ll have to beg the state for supplementary benefits” countered the smaller of the two.

“True, but then I’ll probably be gaga, like a cabbage and then I won’t give a damn.”

„But I have a better idea. Perhaps it wouldn’t be a bad idea to chat up someone 20 years younger. Because a widow’s pension is also paid, which would be perhaps 60 to 70% of my pension, she would also benefit.” said the smaller man with a laugh.

I would have liked to listen further, because the discussion about the Swiss pensions system, the 2nd pillar, was getting more and more exciting. But unfortunately it was time for boarding. Now I don’t know whether the men of around 50 think withdrawing the pension fund balance is good or not.